Franchise World magazine
Franchise World, founded in 1978, is the UK’s longest-established magazine in the field of franchising and is acknowledged throughout the franchise sector as the most newsworthy and authoritative.

It includes regular leading-edge articles on the issues of the day, the latest franchise launches, and important listings sections giving details of franchises and franchise advisers.

Published bi-monthly, it offers the ideal advertising medium for franchisors actively recruiting franchisees and, on the other hand, service and product suppliers targeting prospective and existing franchisors.

It is an official magazine supporter of the British Franchise Association (BFA) supported exhibitions, The Best Franchise Awards, and is an affiliate member of the BFA. 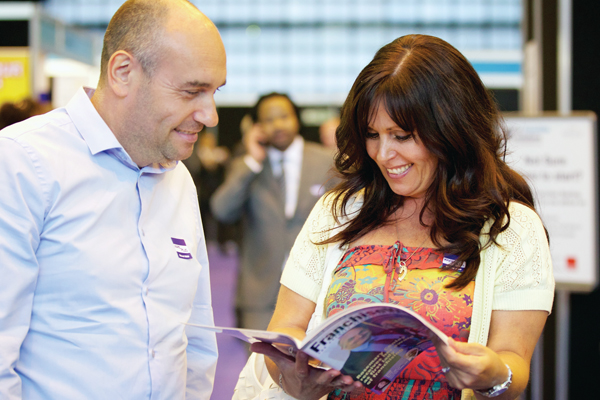 Distribution and readership
Franchise World is distributed on subscription and free at the four BFA supported franchise exhibitions in Birmingham (2), London and Manchester, BFA seminars and discovery days, and The Best Franchise Awards. The magazine is also available to view online.

The magazine has an estimated bi-monthly readership (hard copy and online edition) of 9,000 of which over 85 per cent are prospective franchisees.

Of all the franchise magazines, we found the copy of Franchise World we picked up at an exhibition to be the most informative – just what my wife and I were looking for to help us decide which franchise to buy.

Mike Hanrahan – Maid2Clean
“I’ve been using the services of Franchise World for as long as I can remember. They have helped us create Maid2Clean’s brand awareness with success.”

Rik Hellewell – Ovenu
“Franchise World is indeed a fine publisher and extremely knowledgeable in their field of expertise. They produce good content which can be thought provoking and encourages contributions from other leading experts into their publication.”

Brody Sweeney – Camile Thai Kitchen
“I’ve worked with Franchise World for more than 25 years, and that in itself is a testament to the quality of the service provided – a great publisher.”

Chris Gibson – Former head of franchising at Southern Fried Chicken and AJ’s Piri Piri Chicken
“Franchise World always delivers a project with attention to detail and creative excellence. Anyone considering working with Franchise World should do so with confidence.”

Iain Martin – Mr Franchise
“Franchise World have always delivered on their promises, and as far as I am concerned provide the best franchise industry news vehicle for the UK marketplace. In my experience, the services provided always represent good value for money.”

Berkeley Harris – Former head of franchising at WPA Healthcare
“It is a pleasure working with Franchise World as they take time to understand our needs, our business and is truly interested in the results we achieve. I have no hesitation in recommending the services of Franchise World.”

Len Rainford – Franchise consultant
“Franchise World are very personable and trustworthy with no high pressure selling and reasonable costs, unlike some in our sector. I would be happy to recommend Franchise World to anyone looking at franchising.”

Cathryn Hayes – Former head of franchising at HSBC
“Franchise World is one of the leading franchise magazines, the one which all the franchise professionals in the industry turn to first!”

Richard Holden – Head of franchising at Lloyds Banking Group
“Franchise World publishes a magazine which is widely regarded as the best in the sector by franchise professionals. It is always informative and articles are interesting and thought provoking.”

Ken Rostron – Franchise consultant
“I have used Franchise World to promote franchise opportunities for many years.”

Geoffrey Sturgess – Warner Goodman
“Franchise World is without doubt the best and most informative franchising magazine in the UK. What more can I say?”

To view our advertising rates, please click on the link below to download our rate card. Also, click here to view our 12-months magazine and online advertising package.