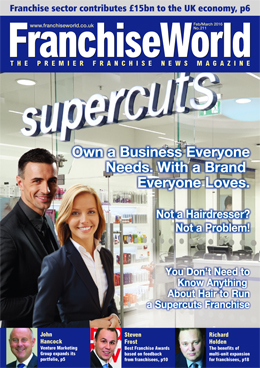 Front cover: Supercuts
Supercuts, the high-street hair salon brand owned by Regis, are now offering franchises in the UK, following its success in the U.S. 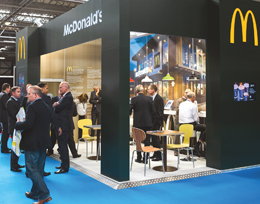 BFA annual meeting
Four new board members were elected at the British Franchise Association (BFA) annual meeting and Jan Mitman, former master franchisee of Drain Doctor in the UK, has been appointed a Companion of the BFA.

Priorities to maximise success
Cathryn Hayes, head of business support at the BFA, talks about six priorities that franchisors should consider to maximise their success. 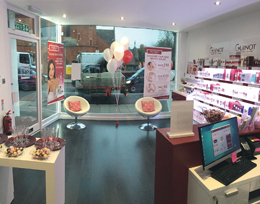 Guinot salon
Guinot, the beauty salon chain, has opened its latest outlet in Earlsfield, London. The franchisee, Justyna Rostek, was formerly the manager of its flagship salon in Mayfair.

BFA posts better results
The BFA reports that its annual turnover for the year increased to £1,442,900, resulting in a profit of £7,274.

False economy of taking shortcuts with insurance
Maurice Logie, of Moreland Insurance, says that some businesses are tempted to not get proper advice when choosing insurance and can then find themselves subsequently underinsured.

Brian Duckett at the ‘Apprentice’

Broadcasting the message
Brian Duckett, of the Franchising Centre, asks ‘why does franchising still struggle to get its message through to the wider business community?’

Managing franchise data in the light of strengthened regulation
Gordon Drakes and Phil Lee, of Fieldfisher, report that businesses should be aware of possible changes in legislation that could bring Europe’s ageing data privacy rules up-to-date.