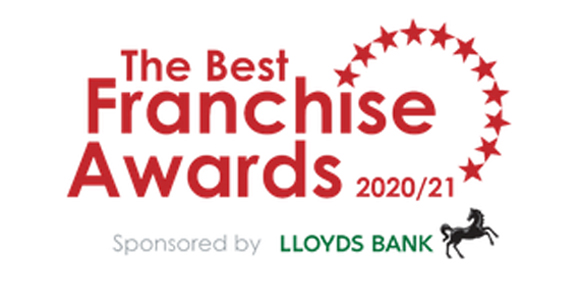 WorkBuzz has announced the winners of the 2020/21 Best Franchise Awards, sponsored by Lloyds Bank, at their virtual awards ceremony.

What makes the Best Franchise Awards unique is they are based on feedback from thousands of actual franchisees. Each franchisee completes WorkBuzz’s confidential online Franchise Satisfaction Benchmark survey, rating their franchisor on everything from training and support to shared goals and how the experience of being a franchisee compares with their expectations.

At the virtual awards ceremony, in partnership with Coconut Creatives, WorkBuzz confirmed the 2020/21 winners:

As well as celebrating the UK’s best franchisors, Martin Jones, CEO of Home Instead, was named a WorkBuzz Hero. The WorkBuzz Hero award is designed to recognise individuals who have had a lasting impact on both their franchise networks and their industry.

During the pandemic, Martin formed a Covid Taskforce to support Home Instead’s 200 plus franchise offices, their 17,000 clients and over 12,000 CAREGivers. During this time, client satisfaction levels actually improved – a record 97 per cent of clients said they would recommend Home Instead and 98 per cent said that their CAREGiver had helped keep them safe during the pandemic.

Through a range of voluntary appointments, including Chair of The Silver Line charity, Age UK trustee and Member of the UKHCA Board, Martin has further demonstrated his commitment to improving the lives of older people. As a trustee of the Care Workers Charity he is also championing the role of caregivers.

Steven Frost, CEO of WorkBuzz said: “During the most challenging of years, there has never been a more important time to celebrate how great franchisors have supported their franchise networks. Every Winner and Finalist was significantly impact by the pandemic but demonstrated great leadership and innovation – some even launched brand new digital offerings when face by lockdowns.

“Once the pandemic is over, these franchisors will bounceback quickly and their franchisees will not forget the leadership and support they provided when they really needed it. I would like to congratulate them all on what they’ve achieved and the difference they’ve made.”

Suki Dehal, Head of Franchising for sponsors Lloyds Bank said: “We are delighted once again to be able to sponsor the prestigious WorkBuzz Best Franchise Awards. The judging process has been different this year given the nature of 2020 as a whole, nevertheless it was truly inspiring to hear how franchisors have adapted to current climate to ensure that their networks continue to thrive moving forwards.

“All categories remained highly competitive as ever and all nominees deserve immense recognition for what they have done during one of the most challenging years in recent memory.”

To register for the Best Franchise Programme and Awards in 2021, follow this link: www.bestfranchiseawards.co.uk

About the Franchise Satisfaction Benchmark (FSB)