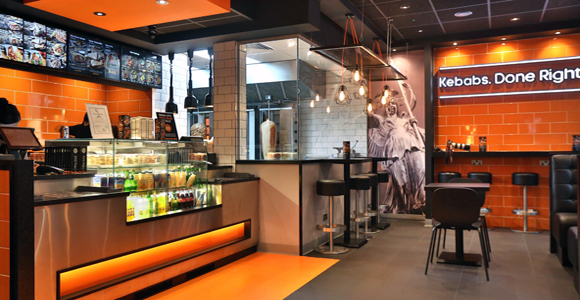 German Doner Kebab (GDK) has announced that it will open 12 new restaurants by the end of the year, which will see nearly 500 new jobs created for its casual dining brand.

The chain currently has 47 restaurants across the UK and is looking to expand in key locations including Bradford, Liverpool, Nottingham and Plymouth with additional sites in London and Edinburgh.

GDK also reports further international growth for 2020, including two new sites in Canada, two in Sweden and one in Riyadh, Saudi Arabia.

The company said it saw significant rise in same-store sales during August following its participation in the UK Government’s Eat Out to Help Out Scheme. Sales were 46 per cent up from the same period last year and total sales for the month were 139 per cent higher than August last year.

Imran Sayeed, chief executive of GDK, said: “Our game-changing kebabs are revolutionising the kebab and we are excited to be announcing these latest growth plans. We have found ourselves in very challenging times however there continues to be a huge demand for the German Doner Kebab experience throughout the UK and our international growth regions.

“We are excited to build further momentum in our plans for growth and to be creating hundreds of new jobs throughout the country as we maintain our mission of building the fast-casual brand of the future.”

GDK explained that during the pandemic it initially remained open for delivery and Click & Collect, before re-opening its dine-in offering to participate in the UK Government’s Eat Out to Help Out Scheme. It also partnered with the delivery platform, Deliveroo, during lockdown to make 30,000 free meals available to frontline NHS workers and vulnerable people. 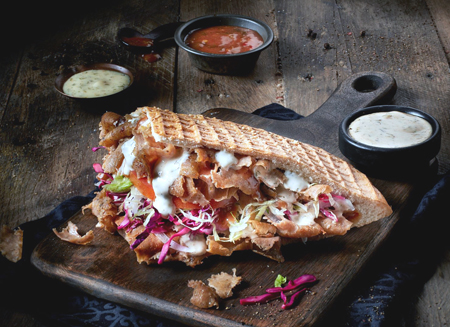 During lockdown it also launched the Boss Box (a specially-designed box containing the customer’s choice of kebab, fries, spring roll, sauces and drink) that was initially for delivery and Click & Collect but is now available for dine-in, as it proved to be a huge hit with customers, said GDK.

Sayeed continued: “We have been incredibly agile and responsive to a fast-changing landscape during the pandemic. We have always been primarily positioned as a dine-in consumer proposition, providing a new experience that appeals to a new generation of customers, who are attracted to our modern environment, healthy great-tasting food, and quick serving times.

“However, in line with the UK Government’s guidance during lockdown we quickly re-modelled our offering to expand our takeaway and have had a huge response to our participation in the Eat Out to Help Out Scheme. Our recent performance is testament to our wider strategy of product innovation, the ingenuity and speed of our operational team and the support we have had from our partners.

“It’s certainly exciting times at German Doner Kebab and we are now perfectly positioned to expand our footprint and reach more consumers across the UK and our international growth regions.”

GDK’s says that its restaurants offer a premium high quality approach to the traditional kebab and it uses only lean succulent meats imported directly from Germany, with locally produced vegetables delivered and prepared daily along with its handmade bread.

Based in Glasgow, Scotland, GDK has grown to 70 restaurants in the UK, Europe and Middle East, and is expanding in Canada, Ireland, Saudi Arabia and the U.S.