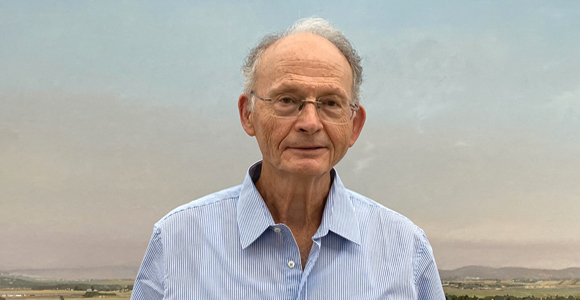 In the past 30 years the global economy has had to experience four recessions with each more devastating than its predecessor. The two most recent ones, namely the onset of the Great Recession started in 2007/8 and was reborn in 2020 with the arrival of the Corona Depression.

Within days, literally, entire economies came to a standstill forcing over 20 per cent of the working population to seek the protection of unemployment benefits.

Vast numbers of the self-employed find themselves staring into an economic abyss. Moreover, the coming of the age of Artificial Intelligence (AI) has started to impact employment prospects within all sectors.

AI automated services will replace human-based employment. Medical big data, for example, will very soon commence to affect severely the medical community. The monopoly of physicians will be challenged by the very precise diagnostics of algorithms – based on instantaneous searches of millions of medical files.

Already today, it is said, over 50 per cent of the trading volume on the various financial exchanges is carried out by dedicated trading machines driven by mathematical algorithms. These machines ‘buy and sell’ within a fraction of a second seeking a tiny profit which is multiplied by the big sums committed to each transaction – big volume gambling.

According to McKinsey & Company (June 2020), the U.S.-based management consulting firm, the global community is expected to inject a further U.S.$10 trillion of liquidity into the world economy in order to try to avert the kind of devastation which was the “child” of the Great Depression of 1929.

The question we are here to discuss is the role which ‘System Leasing’ or ‘Business Format Franchising’ could play in harnessing the ambition, capital and the need for employment by millions of able-bodied men and women ejected by the economic collapse and AI from the world of work. The global economy is at the mercy of the ‘casino economy’.

As a past franchisor (for 21 years) I would like to contribute my own view to this important discussion. In my franchising years Franchise World magazine hosted many of my thoughts and reflections. I am glad to be back.

How to choose a franchise system
I would like to offer the image of franchising as a three-legged stool. Why three legs? Because there are three main elements to the franchise equation. A three-legged stool would normally be unstable. Stability can be achieved only when each leg is able to carry the weight of the person sitting on it and all three legs are well coordinated.

The stability of a three-legged stool is a function of the cooperation which the three individual legs are providing. The same is the case with franchising. The three pillars of franchising are as follows:

1. The franchisee
It will be a great folly for the prospective franchisee to believe that once they join a franchise system their success would be assured. Success will have to be earned through hard work and total dedication to the franchise system, to the customers and to the team in the unit (when applicable).

I coined the ‘System Leasing’ definition for franchising many years ago after years of hands-on experience as the founder and chairman of a UK franchise system. The words ‘System Leasing’ mean and make clear that both franchisor and franchisee assume well defined respective responsibilities which they must discharge if the system and the unit are to become successful and able to maintain success over time.

The individual franchisee has an essential role in the local and national economy. Delivering value for money, employing people and participating in local community activity contributes to the wellbeing of society.

2. The industry
The potential franchisee needs in the first instance to choose carefully the industry he believes to be able to sustain its attraction to the customer for some years to come, hopefully, for 10 years. The prospective franchisee needs to ponder whether he will feel enthusiastic about delivering the specific product and/or service to the customer day-in, day-out for the coming years.

Only once the prospective franchisee has done the required homework and identified one or more industries with ‘survival’ potential can the search for the appropriate franchisor in one of these sectors begin in earnest.

3. The franchisor
The franchisor’s major role is the continuing evolution of the ‘Offer’ (product and/or service), the ‘Expert System’, which the franchisees are delivering. The franchisor has the responsibility to try to adapt the business formula to the ever-changing market conditions. The franchisor will implement his own marketing and market research but will also involve and harness the experience of the body of its own franchisees.

The franchisee is the person who maintains the daily contact with the market and has the ability to comment and supply the franchisor with his own reflections. A relationship of close cooperation and trust between franchisee and franchisor is an imperative key to the continuing success of the brand and therefore the system.

Important message
The message I have for government and the business community at large today has to do with the urgent need to absorb a vast number of the talented and hardworking ‘self-employed’ who find themselves unable to continue their business.

The same applies to many millions of ambitious, skilled and dedicated individuals who lost their jobs when their private sector employer had to downsize or close the business altogether.

Governments must put in place working groups composed of franchisors, franchisees, bankers, franchise trade associations and talented civil servants in order to work out ways to create a quick path to good franchising for these good people. Capital will be a major factor in the discussion.

At the heart of ‘System Leasing’ is the ongoing development process of expertise, value and shared prosperity.

The individual franchisor is constantly focused on the protection of the values of the system and the brand representing the system. The product line/services of the system is updated as and when possible.

The franchising community as a whole is a very dynamic and positive member of society. ‘System Leasing’ offers a business opportunity to people of enterprise (enterprisers*) and a worthwhile challenge to those who seek the rewards of entrepreneurship (the franchisors).

In most franchise systems it is preferable if the franchisee is an enterpriser, not an entrepreneur.’

Without the power of enterprise and the constant updating and upgrading of the economy through expert investment – at the local and national level – it will be impossible to feed the citizenship.

The three-legged stool of ‘System Leasing’ is a magical way to establish a powerful operational partnership delivering essential new economic value in these difficult days when highly geared financial speculation is destroying the very foundations of our economy and society.

My potted franchise history
In 1961 I was a young student at Columbia University, New York City, U.S. It was there that I encountered for the first time the concept of franchising – love at first sight.

I searched the U.S. market for a quick printing franchise in 1978 – seeking to acquire a master licence: I am a true believer in franchising and its power for good.

In 1978 I agreed with the Kwik Kopy** Corporation of Houston, Texas, U.S., the terms of a master franchise for the UK with additional options for other territories. An agreement was signed by both parties. At the time Kwik Kopy had almost 350 units in the U.S.

At the end of 1978 I applied to ICFC (now 3i) for funding. It may be possible that our franchise was the first in the UK to obtain institutional funding. Within a couple of days Paul Waller, who was the person we met, agreed to provide funding. It took us about three months and probably some 20 per cent of the ICFC funding to agree the contract.

In May 1979 we opened our first new units: Edgware Road in the Marble Arch area and Golders Green, both in London: numbers 350 and 351 in the Kwik Kopy Corporation International System.

After seven years Kall Kwik had 100 operating units and five years later another 100 – total network numbers remained at 200 units, all in the UK.

In June 1999 the Adare Group acquired the Kall Kwik business. At that time the 200 units were employing about 2,000 people and generated some £75m in annual system sales.

I was offered the position of president. But, I felt it would be misleading for the franchisees because I would not have had the authority to guide the system in the way they had become accustomed to.

At Kall Kwik ‘HQ’ we never tried to maximise profits at all cost. We tried to offer the franchisees the tools which they would need to apply to become successful and remain successful. We employed 60 – 70 people at ‘HQ’ (depending on the period).

* The ‘enterpriser’
A person who sets out on the path of self-employment and thereby demonstrates his desire for the rewards of enterprise and the willingness to take risk. But, who is not planning either to specifically develop and exploit new technology or create new markets, or to expand and build the proposed activity into a large scale business – all targets which are the domain of the entrepreneur.

** The reason the UK operation was called Kall Kwik and not Kwik Kopy (as in the U.S.) was due to an objection lodged by a London quick printing shop already operating under the name Kwik Kopy.