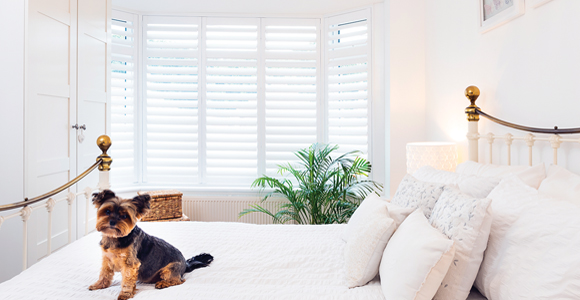 Just Shutters, the window shutter company with 19 franchisees, reports that last year it had its highest sales of £27.4m.

The company’s average customer order was for six square metres of window coverings and during the year almost 16,000 sales orders were taken by its network.

Just Shutters, founded in Southbourne, Dorset by Chris Rocker in 2006, says that over 94,000 square metres of the UK is now covered in its plantation shutters, which are designed and installed by the company.

Rocker, who saw sales at the company’s headquarters of over £3m, commented: “I am so proud of how far Just Shutters has come, I have a true passion for the shutter industry and in 2006 I saw a gap in the market for high quality shutters. Since then the progression of the company has been overwhelming.

“Our franchisees are true reflection of our success and their commitment to the Just Shutter ethos is unprecedented. We pride ourselves on our outstanding customer service, from the first consultation, to the way the designers leave your home. We guarantee a smooth and efficient installation from start to finish.

“We now not only offer high quality classic louvre plantation shutters, but we have designed beautiful coloured shutters, inspired by the British coast, as well as revolutionary automated shutters, allowing our customers to have shutters on even the hardest to reach windows.”

Andrew Cook, owner of the South West franchise also celebrating sales of £3m, said: “When I relocated to Exeter from Hemel Hempstead in 2011, I was unsure of what the future may hold, however, with Just Shutters backing and a little bit of determination, I am so proud of how Exeter Just Shutters has developed, and wow, Just Shutters hitting over £25m, what an achievement.”

Just Shutters offer the complete range of both solid wooden shutters and louvred plantation shutters for all window shapes and sizes. It also offers custom made shutters for glass roofs and unusual window shapes such as those found in conservatories. The company adds that despite its growth, its main objective is still its commitment to customers, which has seen it gain 5-star customer reviews.