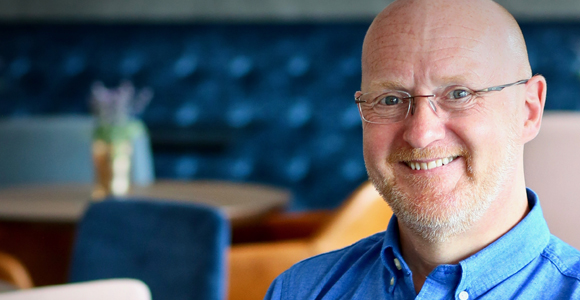 Poppies have announced that Chris Wootton (right), its long-standing franchisee for West Lancashire, has become the franchisor of the cleaning company, following a buyout.

Wootton said that it had been a dream of his for over a decade to buy the company. He explains: “I worked closely with our founder, Sue Rorstad, for many years. She was my franchisor, my mentor and, later, my great friend until her untimely death in 2015.

“With the support and blessing of her family, I’m incredibly proud to be able to give Poppies a new lease of life. This is a highly respected and extremely successful brand. I’m determined to put the franchise back on the map where it belongs.”

Wootton, who bought his Poppies franchise in 1996, brings over 23 years’ knowledge and experience to his new role as a franchisor. He will retain ownership of his franchise territory, which he sees as a distinct USP for the brand and an ongoing benefit for both his fellow franchisees and the next generation of Poppies franchisees.

“I’ve seen first-hand what works and what doesn’t, and I’ve been able to use my experience to fill the gaps that I saw as a franchisee. In actual fact, the last 12 months have been spent developing the brand ready for its next phase of life. The goal wasn’t to instantly recruit franchisees but rather to invest in the business and create the best possible environment for all franchisees to succeed,” explained Wootton.

Since his takeover, Wootton said that fellow franchisees have helped to bring the business to life and together they have developed innovative business systems, a customised technology platform and support infrastructure to benefit new franchisees.

‘Double the size of the network’
Wootton continued: “My aim is to double the size of the network in the next four years; welcoming new franchisees from all walks of life, each with their own individual aspirations, into the business. Poppies is a truly homegrown business, designed and built in the UK. I’m excited to be the one who is introducing it back to the market.”

The first Poppies franchise was launched in 1984 and currently it has a network of 22 franchisees. The company says it cleans more than 6,000 homes a week across the UK and has a turnover of over £5m.

The company adds that franchisees have the opportunity to build a flexible business as it supports both a lifestyle, single territory or multi-territory franchisees.