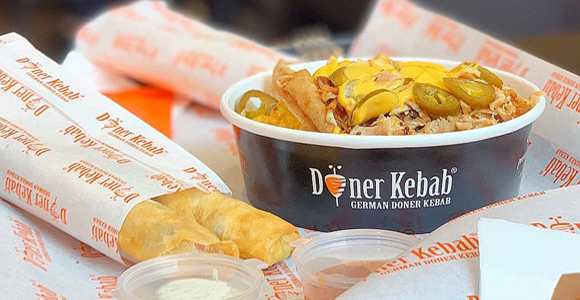 German Doner Kebab (GDK) has announced it is embarking on a major expansion plan for the UK, which will see an investment of over £6m and the creation of around 200 jobs, as it aims to open a new restaurant every two weeks during the rest of 2019.

The Glasgow-based chain, part of Hero Brands, has in the past two years opened 33 outlets in the UK and plans to open a further 14 stores by the end of the year in key locations including Bradford, Newcastle, Northampton and Walsall.

Imran Sayeed, chief executive of GDK, said: “We are excited to be announcing major expansion plans for the UK as we bring the GDK fast casual experience to even more consumers throughout the country. It’s incredible to be hitting £1m kebab sales a week as we announce further growth plans across the country.

“Our idea of bringing a gourmet kebab that is healthy and nutritionally balanced has been a massive hit with UK consumers, and this has been reflected in the huge growth we have already achieved in the past two years.

“We have developed a strong growth pipeline with some of the UK’s most established franchise entrepreneurs and our focus will be to work closely with them to identify new sites and respond to the growing consumer demand across the UK.”

International growth plans
GDK has also announced international growth plans for North America, with franchises already signed for Ontario and British Columbia provinces, Canada. The company adds that a large U.S. franchise operator has additionally signed a development agreement for an initial 12 GDK’s in Dallas, Houston, and Las Vegas, which will be rolled-out over the next two years.

Outside the UK, GDK currently operates stores in Sweden, Dubai, Abu Dhabi, Oman and Bahrain, with further stores scheduled for the Middle East in Saudi Arabia.