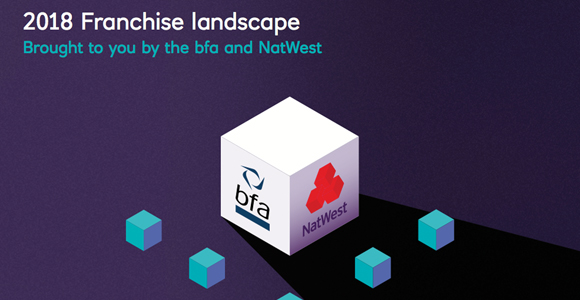 Franchising in the UK is continuing to grow according to the latest BFA/NatWest Franchise Survey.

Additionally, there has been a healthy 10 per cent increase in the number of franchised units in the UK to 48,600 (2015: 44,200). The biggest growth areas remain personal services, hotel and catering, along with store retailing, despite a challenging environment in retail.

Pip Wilkins, chief executive of the BFA, said: “Thanks to franchising, more people are starting their own business and more jobs are being created. These figures show that whatever your background, with the right attitude and ambition you can thrive.

“The rate of female entrepreneurship is well above the national SME average, testament to the franchise community’s drive to empower women into business. We’ve come a long way since 2005, when more than 80 per cent of newcomers were male.”

‘Bridging the gap’
“And the sharp increase in under-30s starting their own business is thanks to the franchise model bridging the gap between experience and ambition. I’m delighted to see so many younger people realising they have a choice between going it alone or being employed.”

The data also revealed the continuation of a long-term trend that around 90 per cent of franchisees have reported profitability annually for over 20 years running, with 93 per cent profitable in 2018. Six in 10 franchised units achieved annual turnover of more than £250,000.

Those who have held a franchise for over five years and claim to be highly profitable is at a record high of 19 per cent, with only two per cent loss-making. Overall, of the businesses surveyed only three out of 198 businesses said they were loss-making.

When recruiting franchisees the main three reasons why franchisors did not grant a franchise to a candidate was insufficient capital, performance at interview, and lack of business acumen. The top three choices for franchisees selecting a franchise brand was interest in the field of business, growth potential and ‘liked the people’.

One in three UK franchisors have international operations with 22 per cent operating in Europe, four per cent in the U.S. and 15 per cent in other worldwide locations. The primary barriers for UK franchisors expanding overseas were legislation, language and lack of suitable franchisees.

With Brexit pending both franchisors and franchisees said they remain confident in their own business but less confident about the economy in general. The 31st survey, commissioned by the BFA in partnership with NatWest, can be purchased from the BFA for £95.