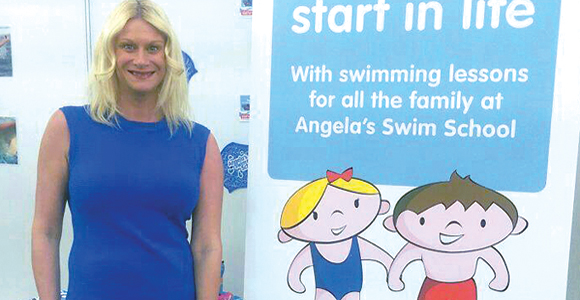 Wilson, founder and chief executive of Angela’s Swim Schools, has negotiated a package with a well-known funder so that new franchisees can take out a loan of up to 70 per cent of the franchise fee over a five year period to use as working capital.

Wilson, who represented Team GB and swam for Scotland at both the European and Commonwealth Games, currently has 18 swim schools franchised in the South East but is looking to expand into the Midlands including Birmingham.

Illness ended her career at an early age and although suffering from ASD Spectrum Disorder and ADHD she decided to give something back to the sport by taking a different approach to teaching swimming.

Wilson adapted tried and tested  methods developed through her training regime as a swimmer to teach everyone from young children to adults, and in excess of 9,000 have benefitted from her methods.

As a result, several former pupils have gone on to success by winning medals at the World Transplant Games and being selected for Team GB. Some of the children she taught were selected to carry the 2012 Olympic torch.

Wilson said: “My aim is to encourage people to use the setbacks and disappointments they have suffered as a motivation to succeed in their lives. I had to stop doing the thing I loved at an early age, so understand how people lose confidence in themselves.”